Fundamentally, I am NOT what you see!

At some point, we’ve all been guilty of judging people by their appearances.  We look at the outfit, the hair, the shoes and so on and we put these bits of perception into little categories we create as good or bad, acceptable or unacceptable.  Someone with bad hygiene and an unkempt appearance, you are taught to steer clear.  You see someone who’s clean, stylish, and pleasant and you aren’t threatened by them.  We do this because we have been taught from birth that we are different from one another.  We can’t help but look at another as separate from us because they do appear to be separate, according to our perceptions.  Although I’ve been told I have doubles, I’ve personally never met anyone who looked just like me.  We are all painstakingly aware of our differences, especially appearances.  My sense of me is familiar, my sense of other is unfamiliar in terms that it is limited.  I use my five senses to gather information about my world.  My brain then takes this information and creates perceptions based on my past experiences and memories.  But I cannot experience through another’s senses.  I don’t have direct access to another’s experiences and memories.  This creates that otherness, which is part and parcel of the human experience.  But that’s just part of the story, the part that’s in the physical world.  What about the non-physical world? 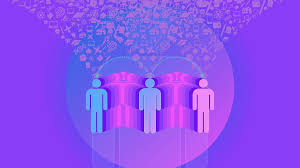 At the most fundamental level, we are all made of the same stuff.  We are energy bodies vibrating into existence.  Our differences come from our unique experiences and memories.  Quantum mechanics shows us that the very smallest ‘particles’ in an atom, called quanta, are actually little pockets of energy that appear and disappear at an extremely fast rate, so fast that things or particles appear solid in our dense, linear time reality.  It’s been known for over a century that the quantum world of subatomic particles acts very differently than the world as we experience it every day.  We feel particles as solid things and we see the result of light waves bouncing off these solid particles.  Einstein discovered some of the weirdness of the quantum world and declared that ‘if this is correct, it signifies the end of physics as a science’.  Another father of quantum physics, Roger Penrose, said ‘Quantum mechanics makes absolutely no sense’.  The reason for the conundrum is that what quantum physics proposes of our reality and what we currently think of our reality are two completely different things.  One is a world of absolutes and the other a world of possibilities.

We were taught Newtonian physics in school;  action equals reaction and cause and effect.  We can determine the distances between the planets and stars and calculate their trajectories.  We know that we are made of the same atoms as the grass, the clouds, the planets and the stars.  All thanks to Sir Isaac Newton, who looked at the physical world and broke it down into its smallest components to puzzle the mysteries from it.  As more and more powerful instruments were built, the search for the smallest known particles resulted in some crazy findings.

Quantum physicists are discovering that this reality is more like a virtual reality full of possibilities than a world full of solid particles.  Furthermore, they’ve discovered that 99% of what was previously thought of as empty space is not really empty.  When you learned about the atom, you learned that it is the basic building block of life.  Different atoms combine to make up everything we know in this world.  You also learned that the neutron, proton, and electrons only make up about 1% of the mass of that atom, meaning it is 99% empty, which means that the universe is 99% empty space.  Right?  Sounds familiar?  It turns out this is completely inaccurate.  We didn’t have the whole picture.  Scientists have found that this seemingly empty space is filled with what’s been termed dark energy and dark matter; dark because it cannot be seen or detected by any instruments.  This dark matter and dark energy permeate all of life and this reality.  We move through it and it moves through us.  Many think that consciousness uses this matrix of unknown energy to create. The Akashic records, or the compendium of all events, thoughts, and emotions ever to have existed, are said to be encoded in this non-physical plane of existence as well.  This is how mediums or psychics retrieve information, how remote viewing works and how the paranormal can easily be explained.  History is filled with examples of people who have had access to this plane.  In fact, we all have the potential to explore the non-physical plane, it’s our birthright.  It’s exciting to me that science is now proving, or at least bringing to light, some of the mysteries that religion has held claim to for so long. 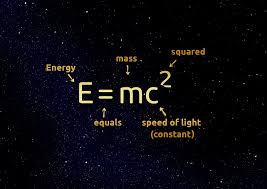 More fundamental than atoms, we are energy.  Einstein proved this in his famous equation, energy equals mass times the speed of light squared.    Energy and mass are interchangeable.  If the smallest particles we know pop in and out of existence at super high speeds, then if we sped life up enough, we would end up popping in and out of existence, since we are made of these very same little particles.  Slow things down and dense matter appears, speed things up and all you have are vibrational possibilities.  This is where the analogy that we live in a virtual reality has come from. Our computer avatars appear to be solid and have form but they’re just ones and zeros translated into something that looks real onto a screen.  We are human avatars.  We appear solid but our smallest pieces are popping in and out of existence all the time.  This is so mind-bending because it defies everything we’ve been taught for centuries.  But wow, imagine the possibilities that come with this new paradigm!  Through some unknown mechanism, we come from a formless existence of ‘oneness’ into this ‘individual’ virtual reality in order to learn and grow up.  We are all part of the whole, little pieces of the creator, born into a human existence to experience unlimited possibility.

So here’s the challenge: Taking all this into consideration, the next time you look at someone and are tempted to judge, remember that they are a piece of the creator, the same as you are.  The only things that separate you from that person are the individual experiences and memories you’ve had from this lifetime and others.  Recognize the divine in yourself and you will begin to see it in others!

(FYI: Namaste means ‘the light in me sees the light in you’ – a reference to this eternal oneness)